Rhinoplasty Before & After Case 152 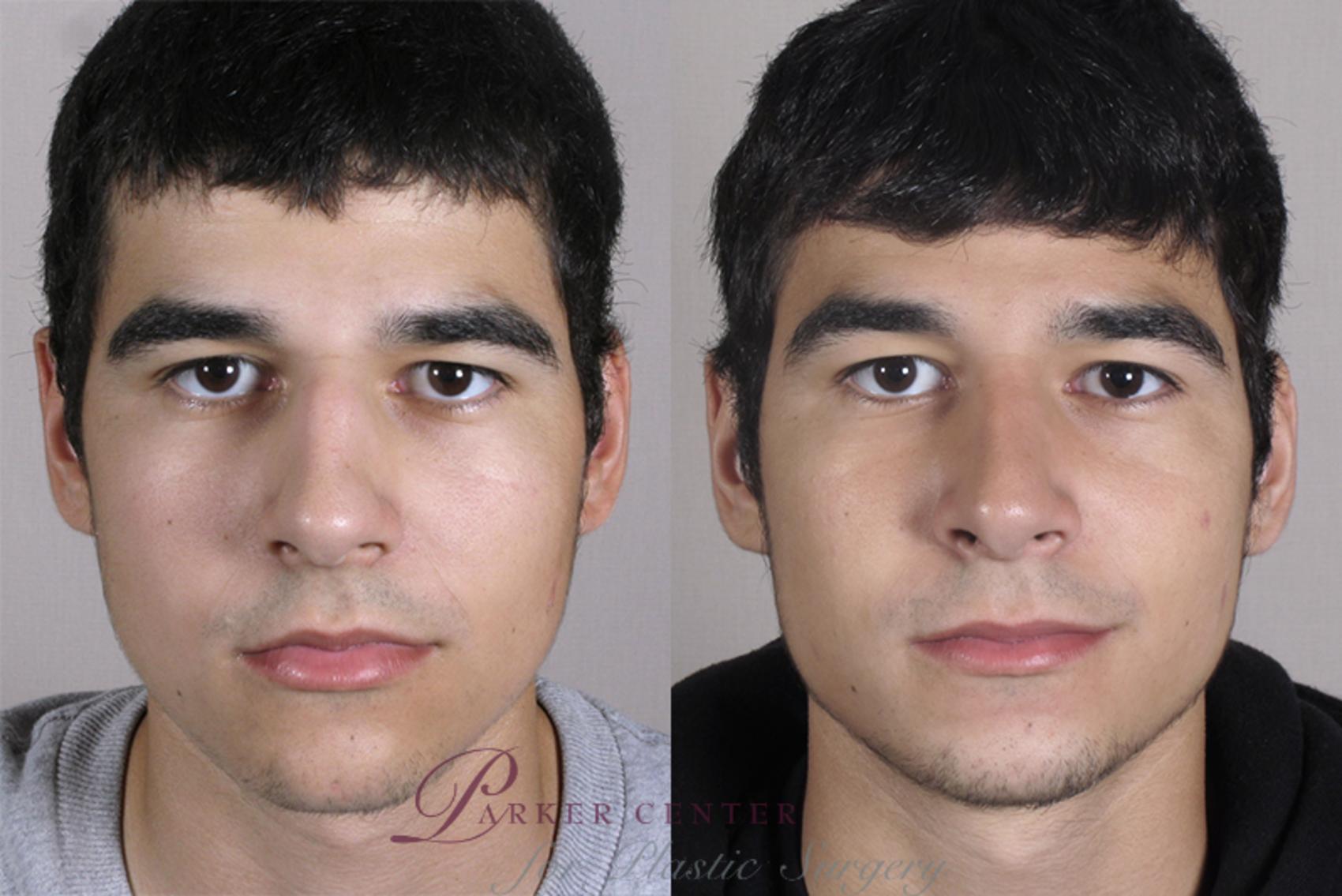 This 17 year old, referred to Dr. Parker by another patient, was bothered by the bump on his nose and his difficulty breathing. He had sustained several bouts of trauma to his nose, previously. Conservative treatment of his breathing problems by an ENT had been unsuccessful and surgery was recommended. A closed rhinoplasty was performed by Dr. Parker along with an SMR of the patient’s deviated septum and partial inferior turbinectomies to treat his breathing obstruction. The patient recovered promptly from surgery and is pleased with the appearance of his nose as well as his markedly improved breathing.