Rhinoplasty Before & After Case 186 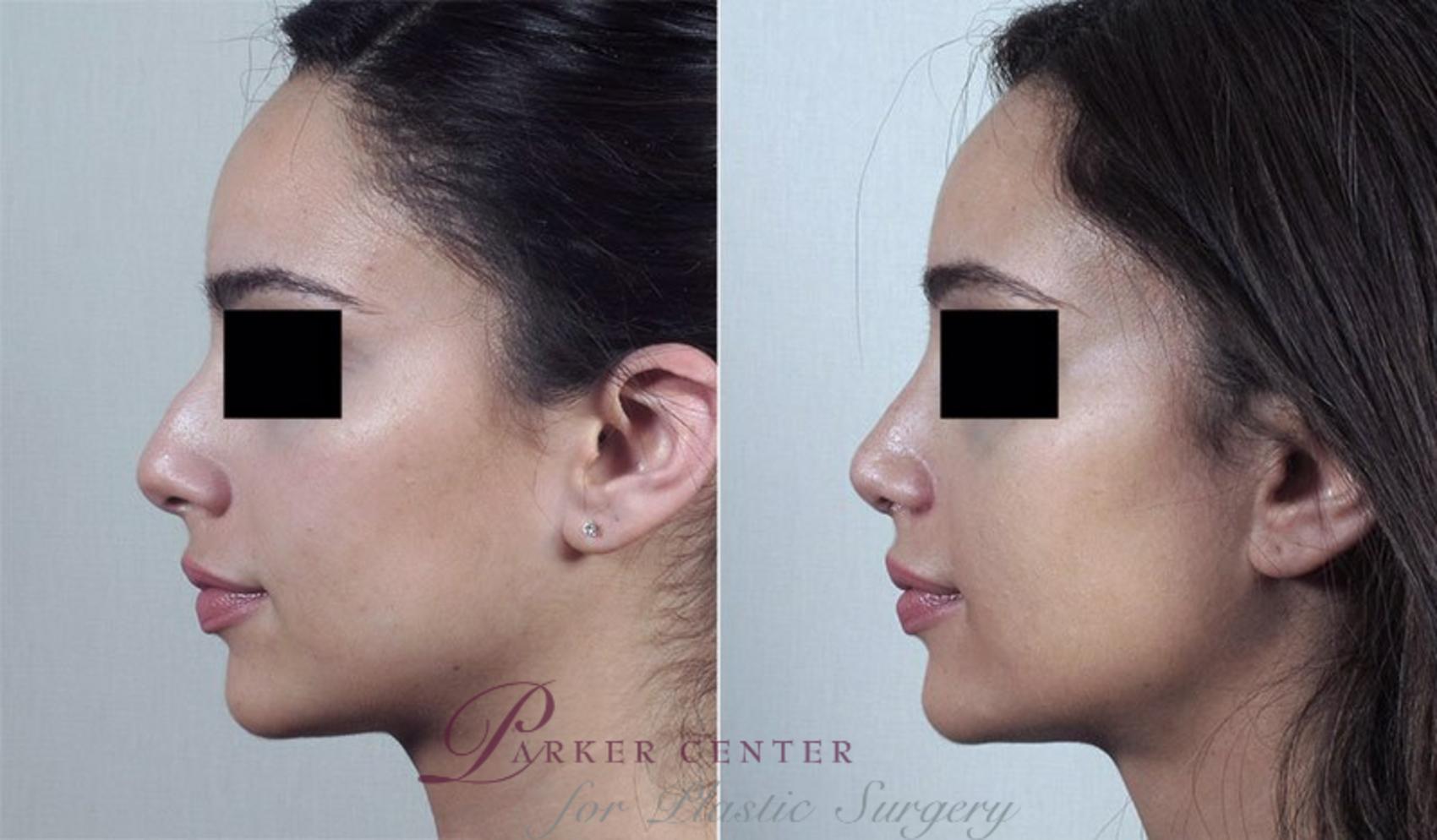 This 29 year old was referred to Dr. Parker by another patient and requested improvement in the appearance of her nose. Specifically, she wanted to get rid of her hump to improve her profile, make her nose appear straighter, refine the tip of her nose more, and have the nose appear smaller as well as in better proportion with the rest of her face. Dr. Parker performed an open rhinoplasty during which he reduced the bony cartilaginous dorsal hump, straightened the patient’s nose, refined the tip of her nose, and narrowed the base of her nose. The patient said her recovery was easy and without pain. She feels all of her pre-operative goals were accomplished by Dr. Parker, and she loves the natural appearance of her nose.