Rhinoplasty Before & After Case 128 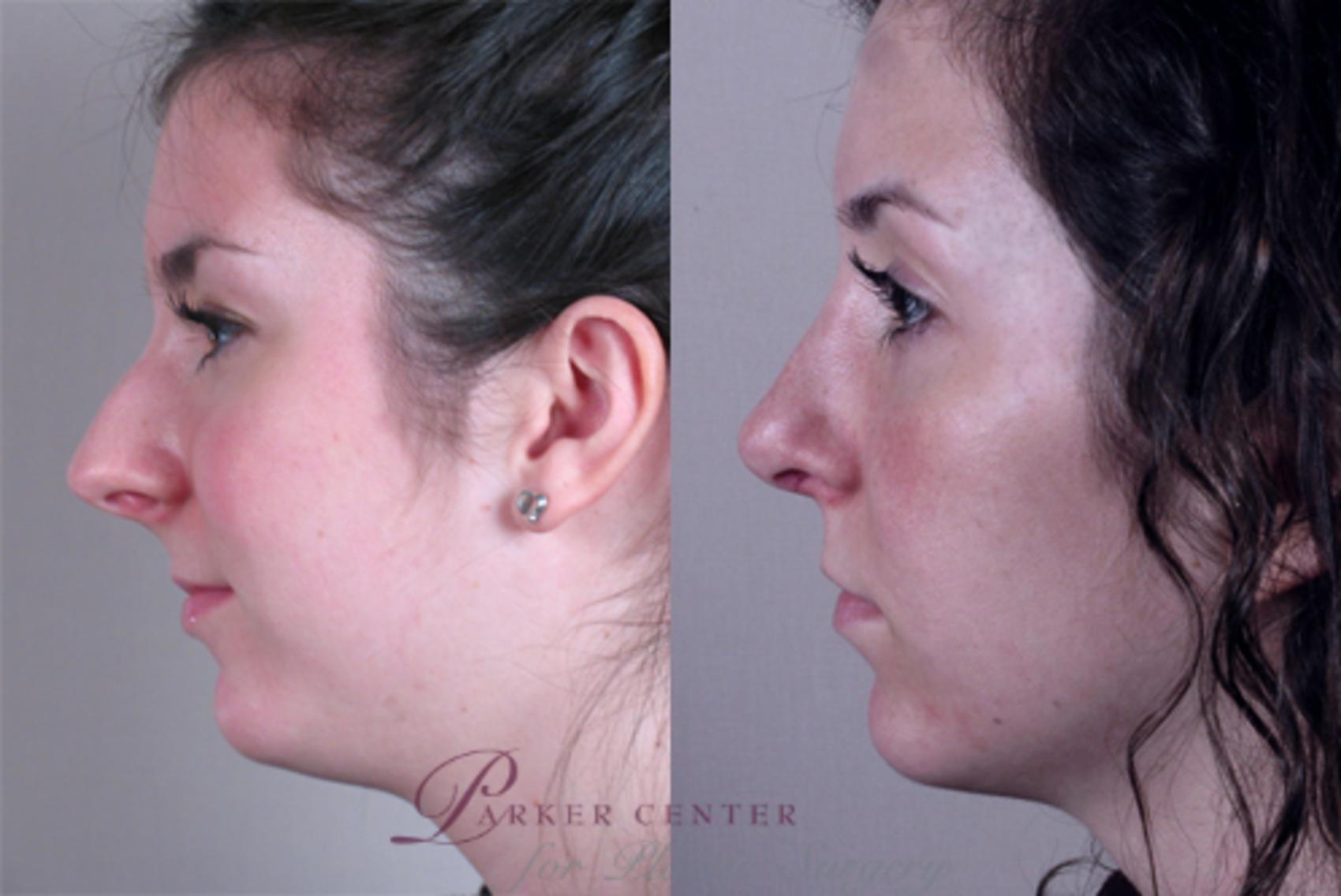 This 18 year old asked Dr. Parker to improve the appearance of her nose and correct her breathing obstruction. She had struck a coffee table with her nose many years ago. Since then, her breathing has been impaired on the left side and she was concerned about her dorsal hump and crooked appearance of her nose. During an open rhinoplasty, Dr. Parker removed the bony and cartilaginous hump, performed infractures of the nasal bones to appropriately narrow them, shaped the tip by removing excess cartilage and sculpted the remaining tip cartilage with sutures. He also removed the deviated mid portion of the nasal septum and relocated the deviated caudal portion into the vomerine groove to straighten the appearance of the nose and improve the patient’s breathing. The patient had a moderate amount of swelling, virtually no bruising and looked good early on in her postop course. She is very happy with the appearance of her nose and says her breathing is terrific!