Rhinoplasty Before & After Case 156 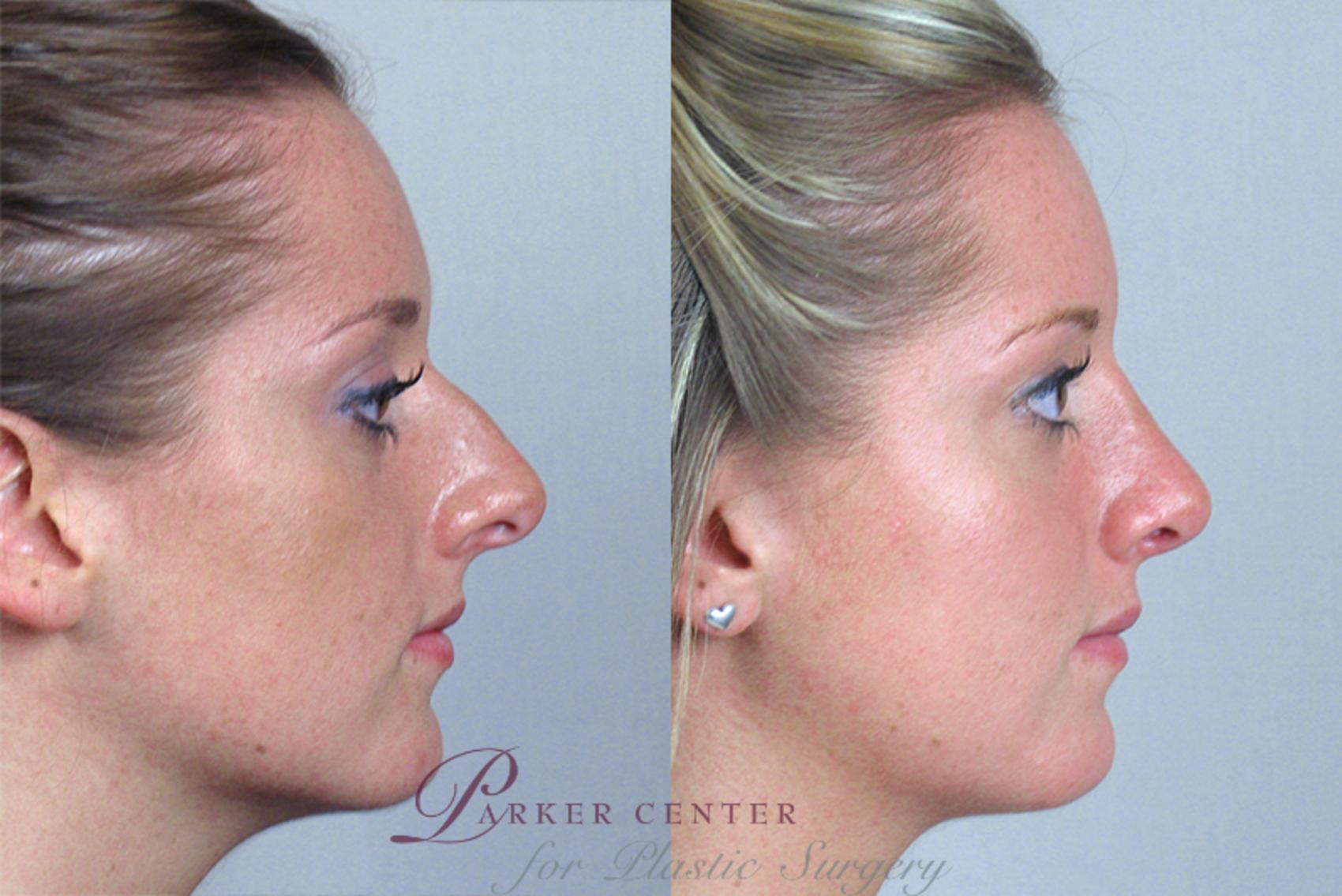 This 21 year old requested improvement in the appearance of her nose as well as correction of her breathing. Specifically, she did not like the size and shape of her nose including the bump on her nose. She also has had persistent difficulty breathing on her right side for many years. Dr. Parker performed an open rhinoplasty, during which he reduced the size of the bony-cartilaginous hump, fractured the nasal bones to appropriately narrow them, refined the tip cartilages and set them back to reduce the over projection of the nose. He also removed the deviated portion of the septum and reduced the size of the right inferior turbinate to correct the patient’s breathing. She experienced little bruising after surgery and no pain. She absolutely loves the improved, but natural looking appearance of her nose. Her breathing is fine now as well.