Rhinoplasty Before & After Case 154 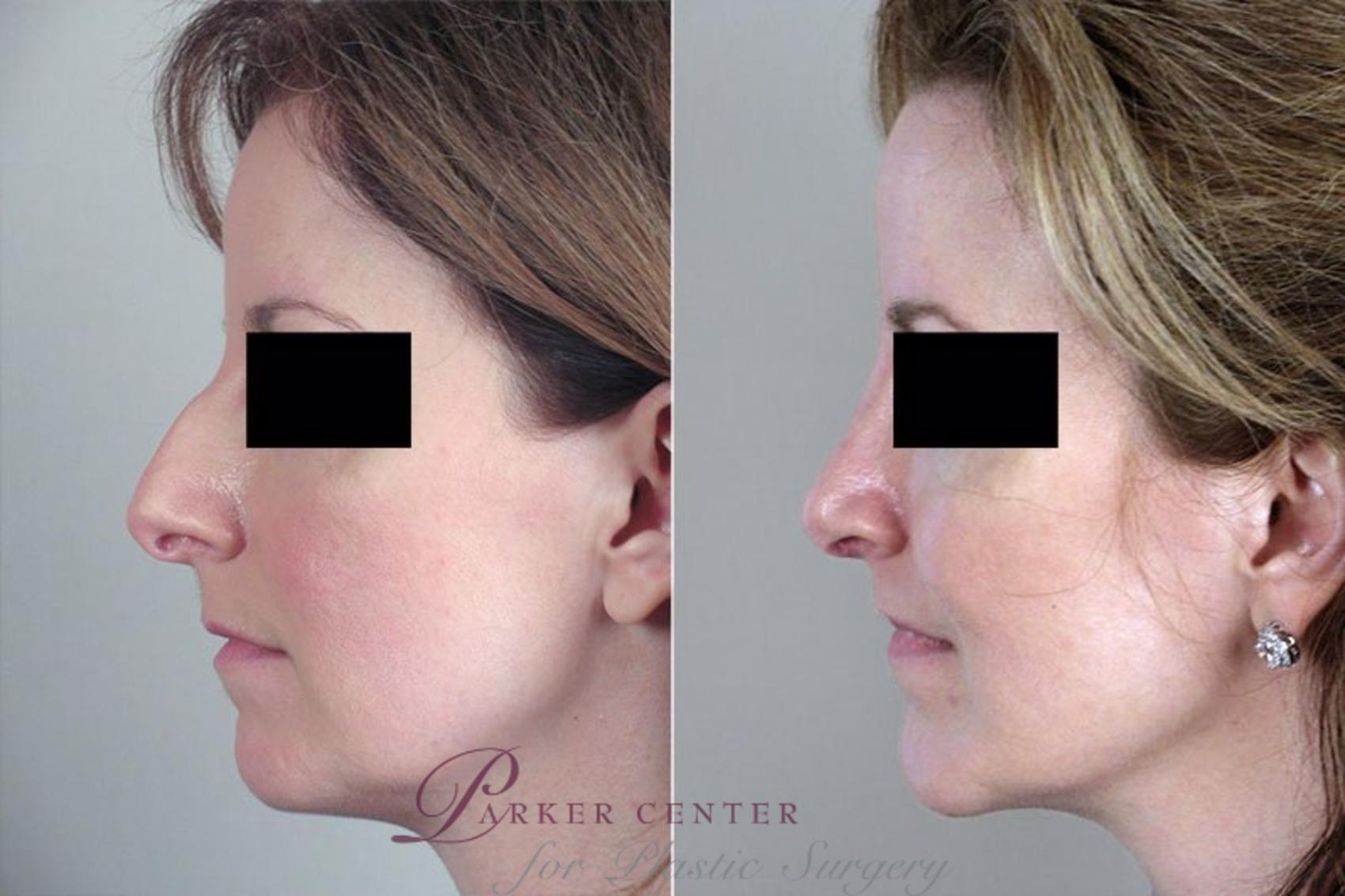 This 41 year old was referred to Dr. Parker by another physician and requested improvement in the appearance of her nose and chin, as well as help with her obstructed breathing. Specifically, the patient did not like her dorsal nasal hump or her broad tip and she felt her chin was weak. She also has had persistent breathing difficulties through the left side of her nose for some time now. Dr. Parker performed an open rhinoplasty, whereby he reduced the bony and cartilaginous hump, executed infractures to appropriately narrow the nasal bones, reduced the size of her nasal tip by removing excessive cartilage and reshaped it with sutures under direct vision. Dr. Parker removed the deviated portion of the patient’s nasal septum, reduced the size of her inferior turbinates and reconstructed a narrow internal valve to improve her breathing. Finally, he inserted a #2 extended anatomic chin implant in through a submental incision to build out the chin in better proportion to the rest of the face. The patient recovered quickly after surgery and was very pleased with the appearance of her nose and chin. Her breathing was markedly better as well.