Rhinoplasty Before & After Case 180 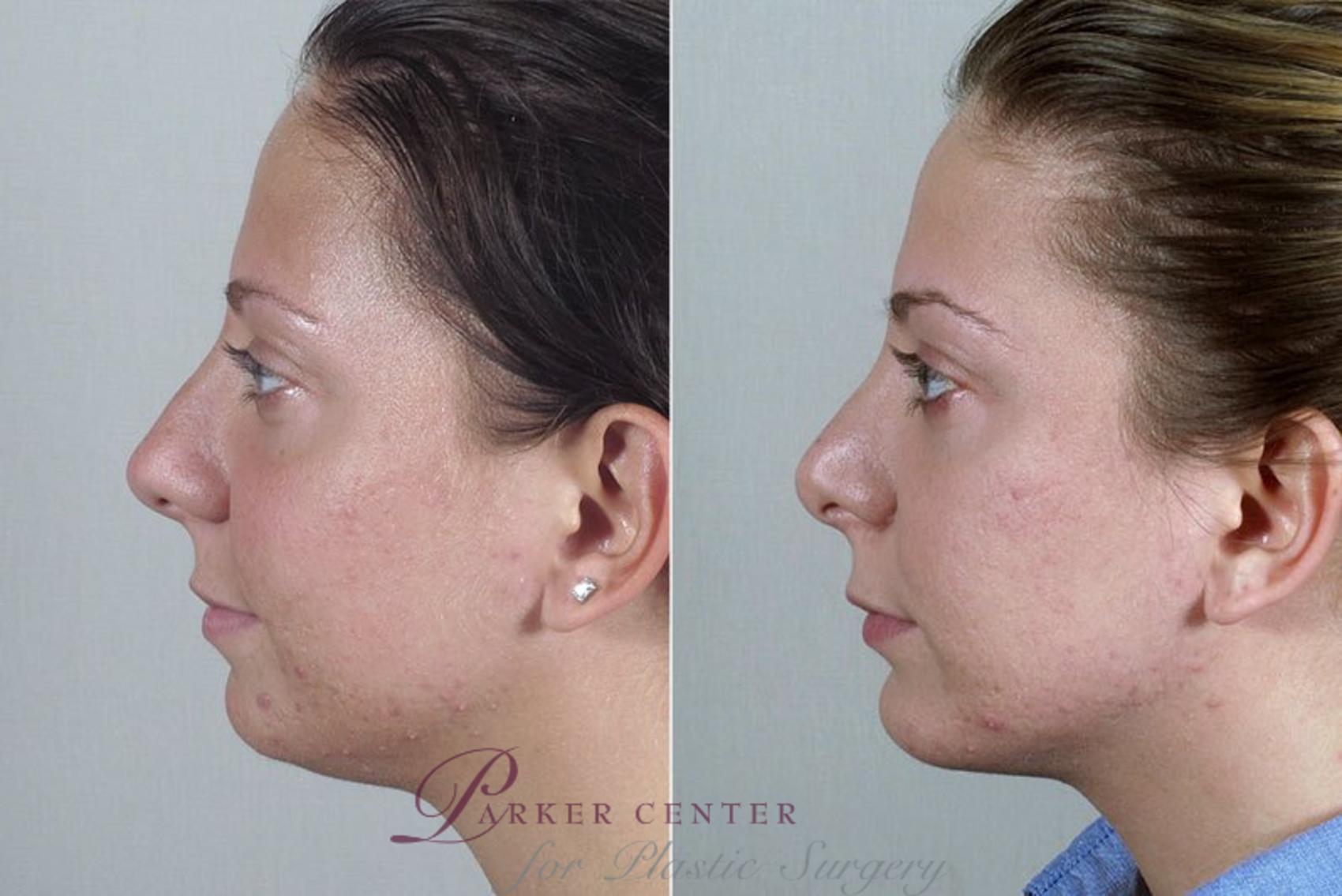 This 27 year old patient complained that her nose appeared too big for her face. She requested Dr. Parker make it smaller, less wide, and in better proportion with the rest of her face. She also said she had difficulty breathing through the left side of her nose. During the patient’s initial consultation with Dr. Parker, an open rhinoplasty was discussed to make the nose appear smaller. In addition, a chin implant was suggested to build out the chin as well as assist in making the nose look smaller and in better proportion with the rest of the face. At surgery, Dr. Parker performed an open rhinoplasty. He reduced the patient’s bony cartilaginous hump and performed infractures to reduce the size of the upper nose. Dr. Parker also reshaped the nasal tip cartilage to refine the tip of her nose, give it more definition, and make it look smaller. In addition, he performed alar base resections to narrow the width of the lower nose. Finally, a #2 extended anatomic chin implant was inserted to build out the chin. Following surgery, the patient recovered quickly. She can breathe well now and is pleased with the smaller appearance of her nose and improved facial proportions.