Patient of the Month for August 2010 – Rhinoplasty 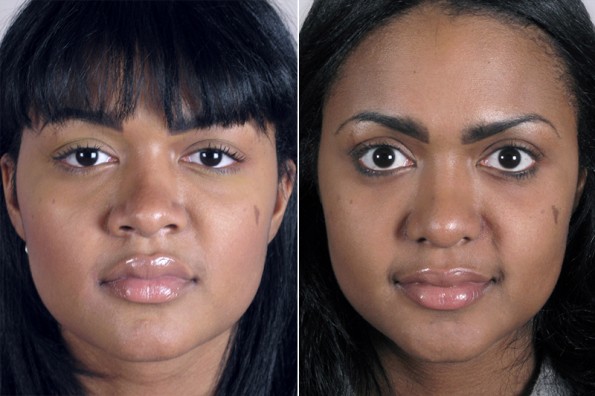 26-year-old model Mesha, referred to Dr. Parker by another patient, requested an improvement in the appearance of her nose. She desired a more defined, less bulbous tip, and she wanted to reduce the width of her nostrils.

Dr. Parker explained to her that she would benefit from an open tiplasty. He would remove the excessive cartilage from the tip and shape the remaining cartilage with sutures. Additionally, he would narrow the nostrils, or alar bases, with a procedure called alar base resection. Prior to surgery, Dr. Parker directed his photographer to show Mesha what she would look like after surgery by reviewing computer images of her changed nose.

Mesha was quite pleased with the anticipated results of her rhinoplasty. New Jersey surgeon Dr. Parker performed an open tiplasty and alar base resection exactly as he had discussed with her. The patient recovered quickly from the procedure and is delighted with the look of her new nose.