Rhinoplasty Before & After Case 203 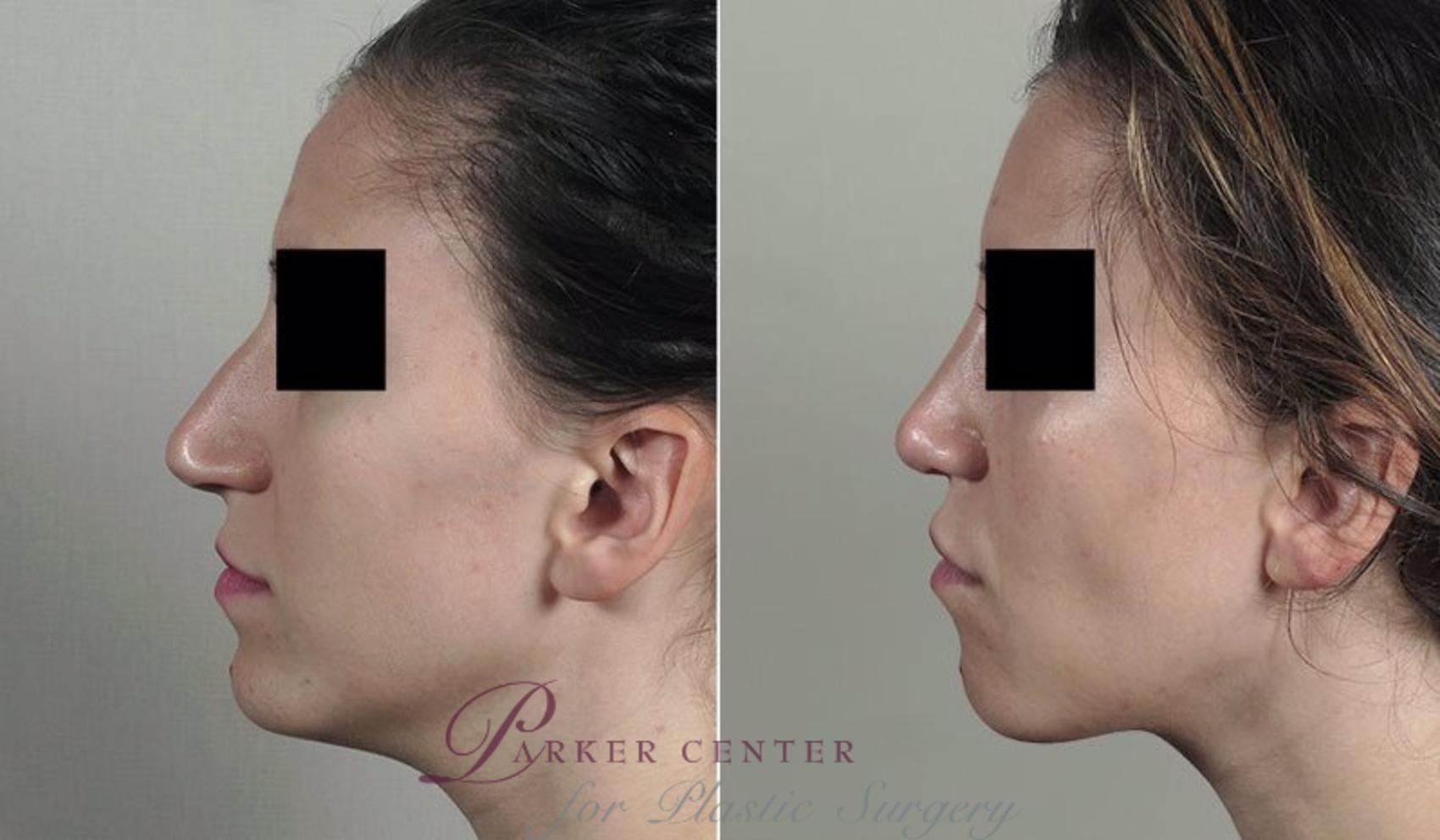 This 22 year old, referred to Dr. Parker by another patient, was concerned about the appearance of her nose as well as her obstructed breathing. Aesthetically, she did not like the crooked appearance of her nose, her dorsal hump and broad nasal tip which drooped when she smiled. Dr. Parker performed an open rhinoplasty along with septal reconstruction and partial resection of her inferior turbinates to improve her breathing. He straightened the crooked appearance of her nose, reduced the bony cartilaginous hump, performed infractures to appropriately narrow the nasal dorsum, removed the depressor septi muscles to avoid the tip from pulling downward with smiling, as well as refined, elevated and shaped the nasal tip cartilages under direct vision. The patient healed quickly following this procedure. She is pleased with the more attractive appearance of her nose and her ability to breathe normally now.