Rhinoplasty Before & After Case 195 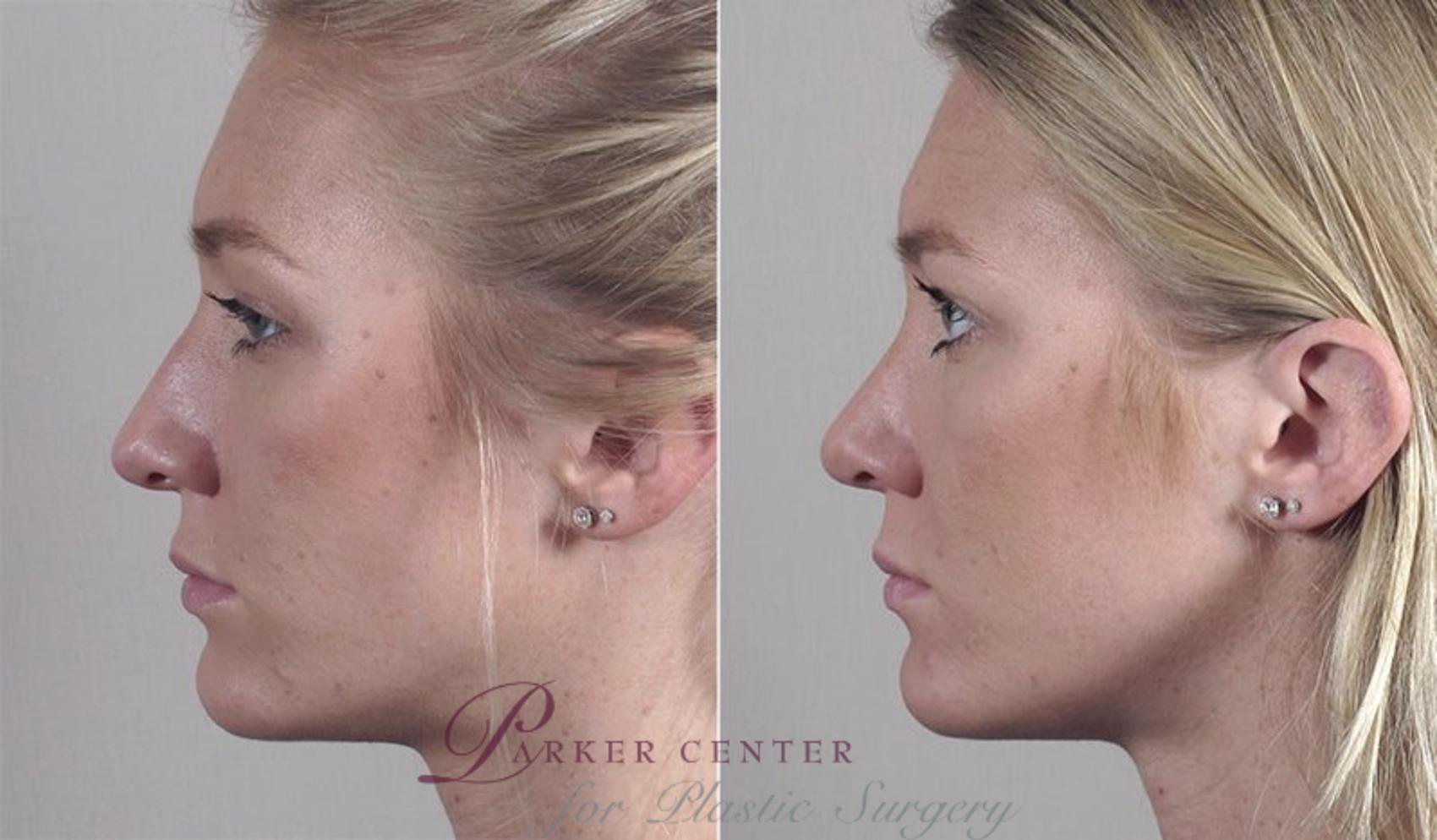 This 23 year old was referred to Dr. Parker by another Parker Center patient, and came in requesting improvements in the appearance of her nose. Specifically, the patient was bothered by her wide nasal bones, hump, and bulbous tip which drooped when she smiled. At surgery, Dr. Parker performed an open rhinoplasty during which he reduced the patient’s dorsal bony and cartilaginous hump, performed infractures to narrow the wide nasal bones and re-shaped the cartilage in her tip to create more refinement. He also stabilized her nose so it would not droop when smiling. The patient had no pain during her recovery and a mild amount of swelling and bruising. She loves the improved appearance of her nose. Her friends and family have told her now natural her nose looks.