Rhinoplasty Before & After Case 169 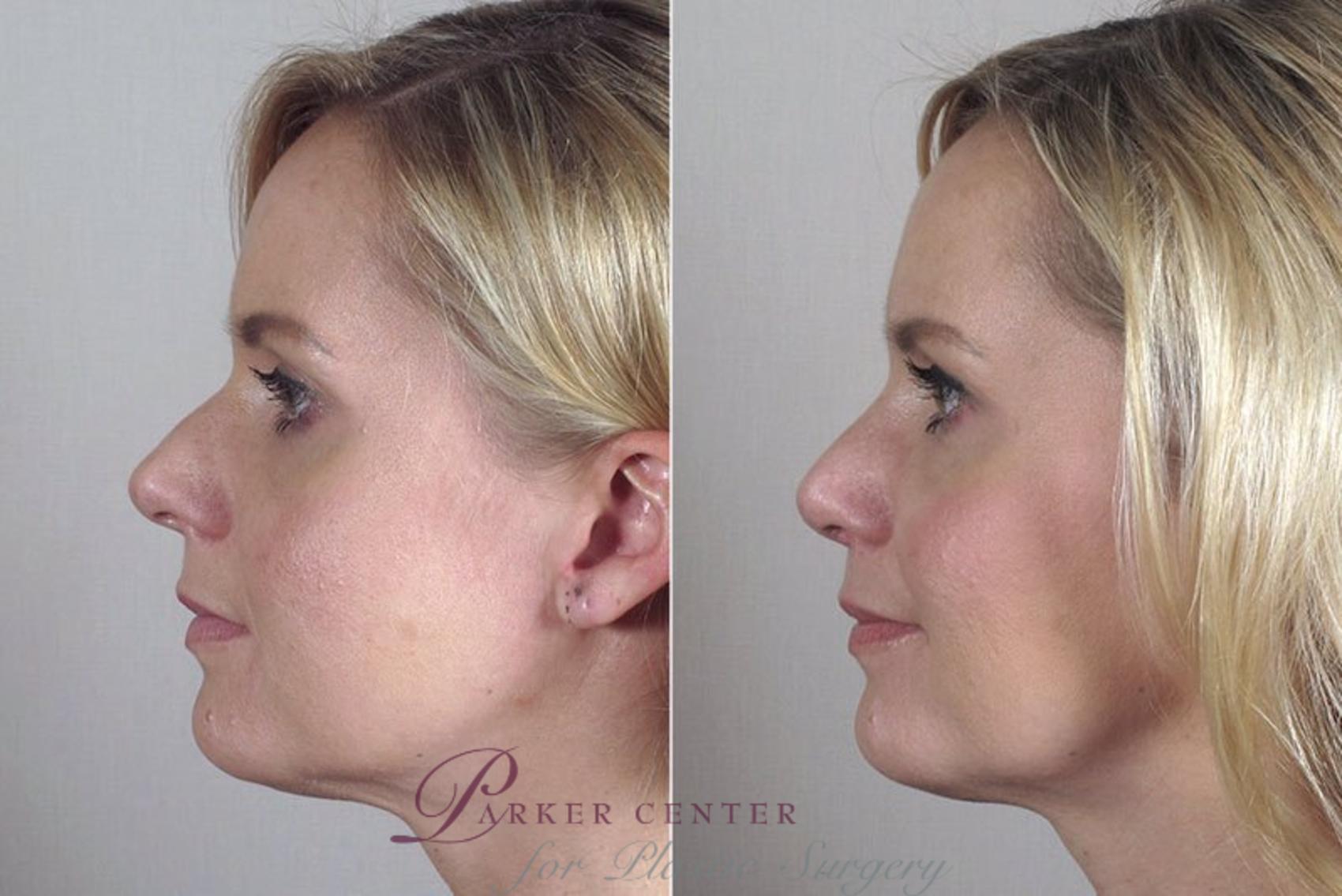 This 29 year old, referred to Dr. Parker by a former patient, requested improvement in the appearance of her nose as well as the obstructed breathing on her left side. The patient sustained blunt trauma to her nose one year earlier accompanied by a lot of bleeding. No treatment was obtained. Subsequently she noted a bump appear on her nose as well as progressive worsening of breathing on her left side. She asked Dr. Parker to remove the bump, refine her broad nasal tip and correct her breathing obstruction. Dr. Parker performed an open rhinoplasty. During this procedure, he removed the bony cartilaginous dorsal hump, performed infractures to appropriately narrow the upper portion of the nose, refined the tip cartilage with sutures and re positioned the dislocated septum back into its proper location as seen on the “worms eye view”. The patient was pleasantly surprised at how quickly she recovered. She says her breathing has returned to normal. She loves the improved but natural appearance of her nose.