Rhinoplasty Before & After Case 163 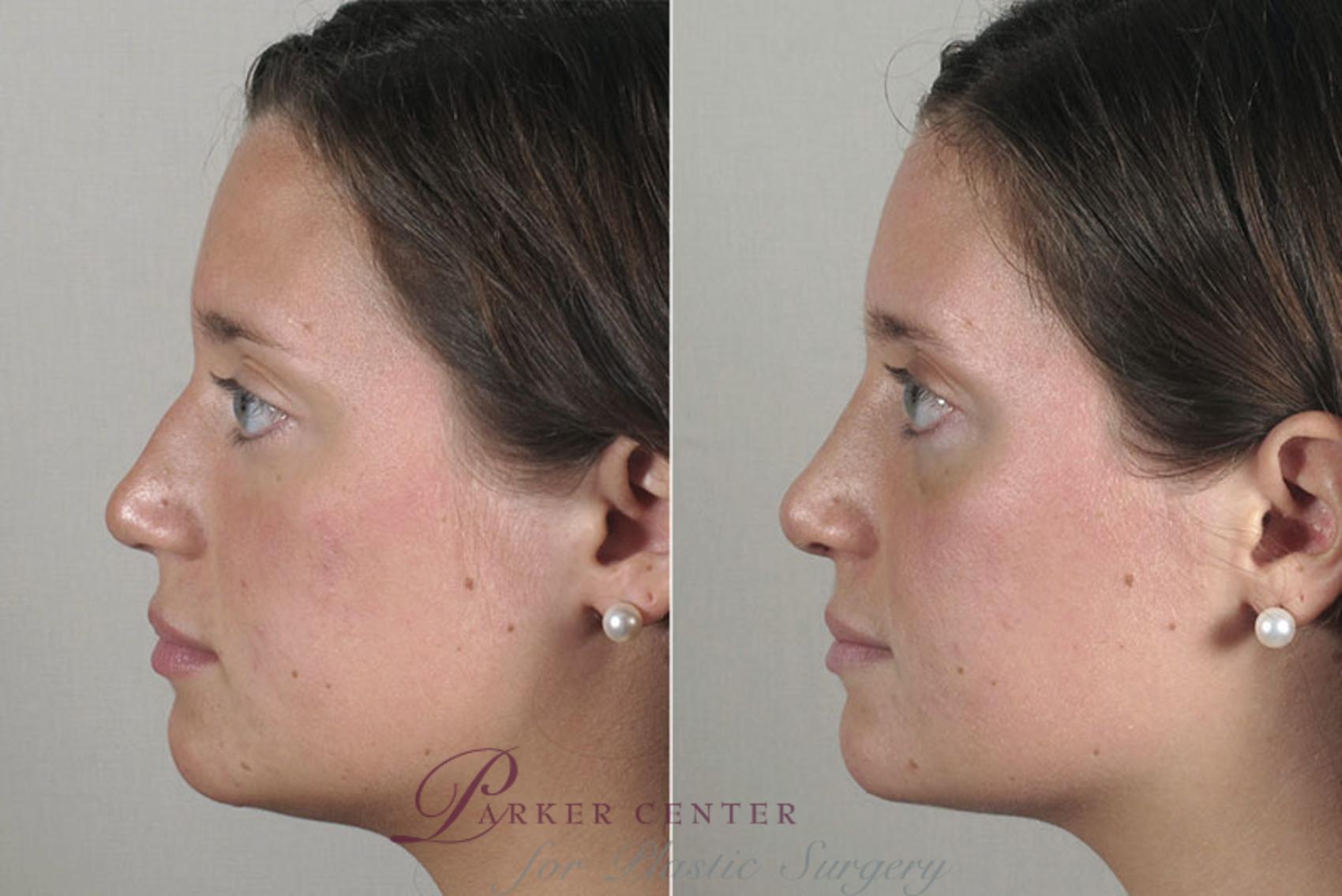 This 21 year old was referred to Dr. Parker by another physician to improve the appearance of her nose. She broke her nose when younger, then had a closed rhinoplasty performed by another surgeon 5 years ago. The patient told Dr. Parker that she did not like the crooked appearance and the irregular look and feel of her nasal dorsum. After examining the patient during her first consultation, Dr. Parker told the patient he believed her problems were due to a warped cartilage graft inserted into her nose at her prior rhinoplasty. He recommended an open rhinoplasty to correct the problem. Several months later, Dr. Parker performed a secondary open rhinoplasty. He removed the warped cartilage graft, then reconstructed the patient’s bone and cartilage to give the nose a straight, smooth, more symmetric and pleasing appearance. The patient recovered promptly after surgery. She is very happy with her natural looking nose.