Rhinoplasty Before & After Case 123 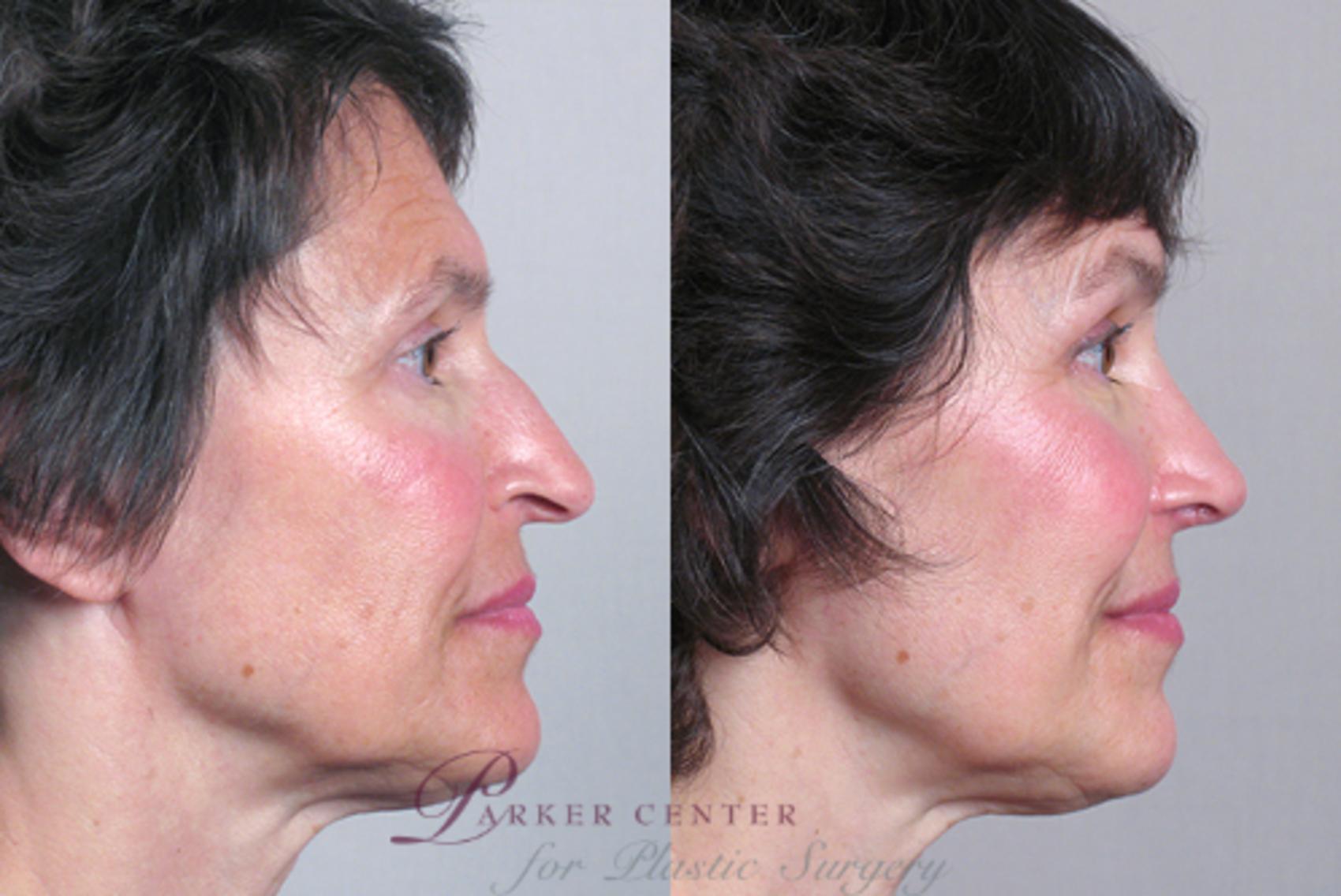 This 58-year-old patient was concerned about the appearance of the nose. She said she had broken it when she was younger. She was bothered by the dorsal hump and asymmetric, drooping tip. Additionally, she had difficulty breathing through the left side of her nose for many years. Dr. Parker performed an open rhinoplasty to reduce the dorsal hump and lift, as well as shape, the tip under direct vision. At the same time, an SMR and left partial inferior turbinectomy were performed. Following surgery, this patient is pleased with the very natural appearance of her nose, as well as markedly improved breathing.