Chin Implant Before & After Case 184 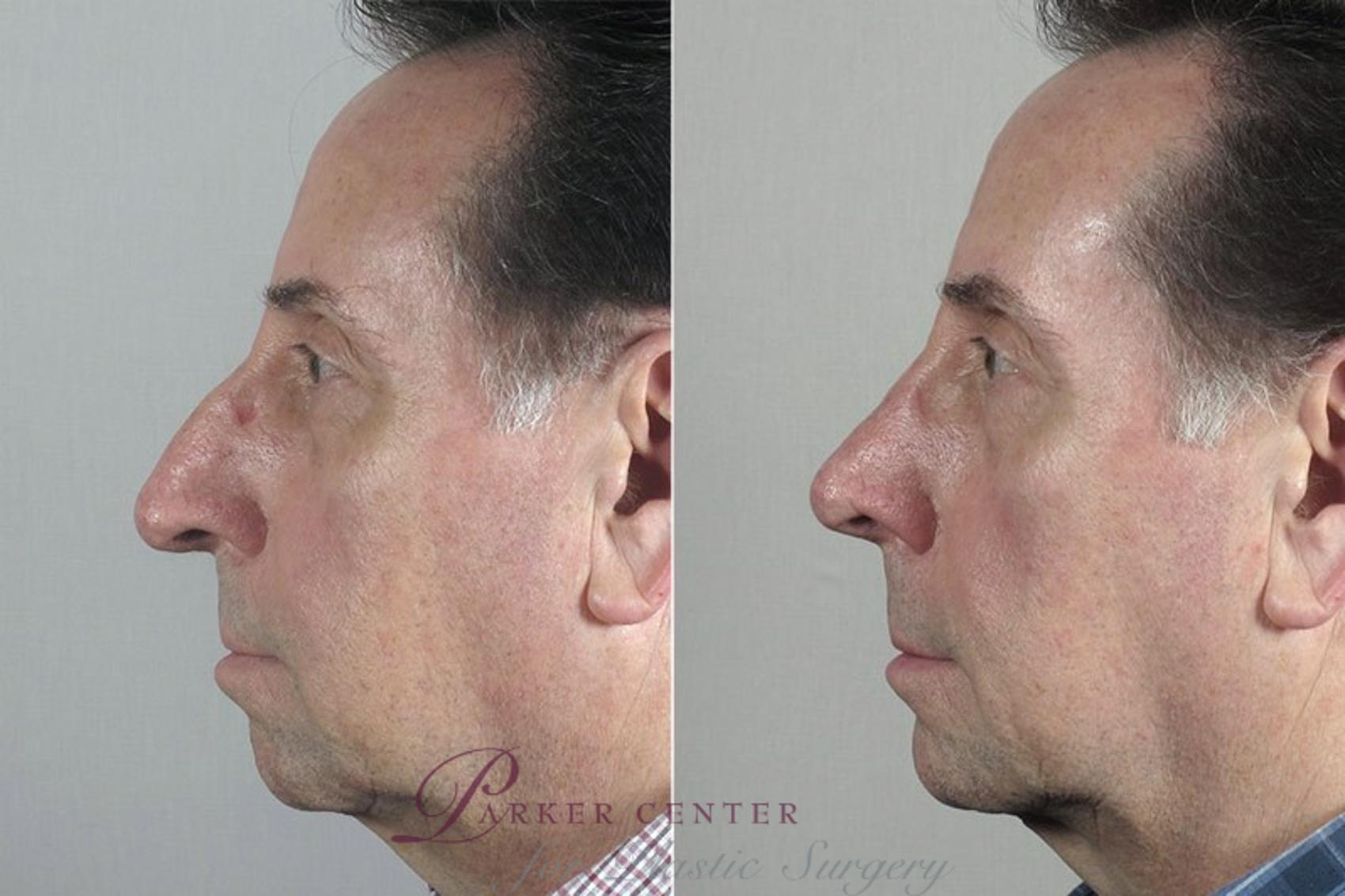 This 68 year old was referred to Dr. Parker, and came in stating that he was unhappy with the appearance of his nose, noting that it was too long for his face. The patient recently had a dramatic improvement in his breathing after treatment by an allergist. This experience made him look at and think about his nose–he decided he really didn’t like it and wanted to do something about it. During the patient’s consultation, Dr. Parker explained to the patient what could be done to make his nose appear smaller and in better proportion with the rest of his face. He suggested a chin implant be inserted at the same time to build out the chin and improve his facial proportions. The patient agreed with the plan and so, at surgery, Dr. Parker performed an open rhinoplasty whereby he reduced the patient’s dorsal bony and cartilaginous hump, refined and set back his nasal tip. He then inserted a #3 extended anatomic chin implant through a small incision under the chin. The patient enjoyed a rapid recovery following his procedure. He is very happy with his results and feels much more self confident. In addition, he has received many favorable comments from family and friends.