Rhinoplasty Before & After Case 164 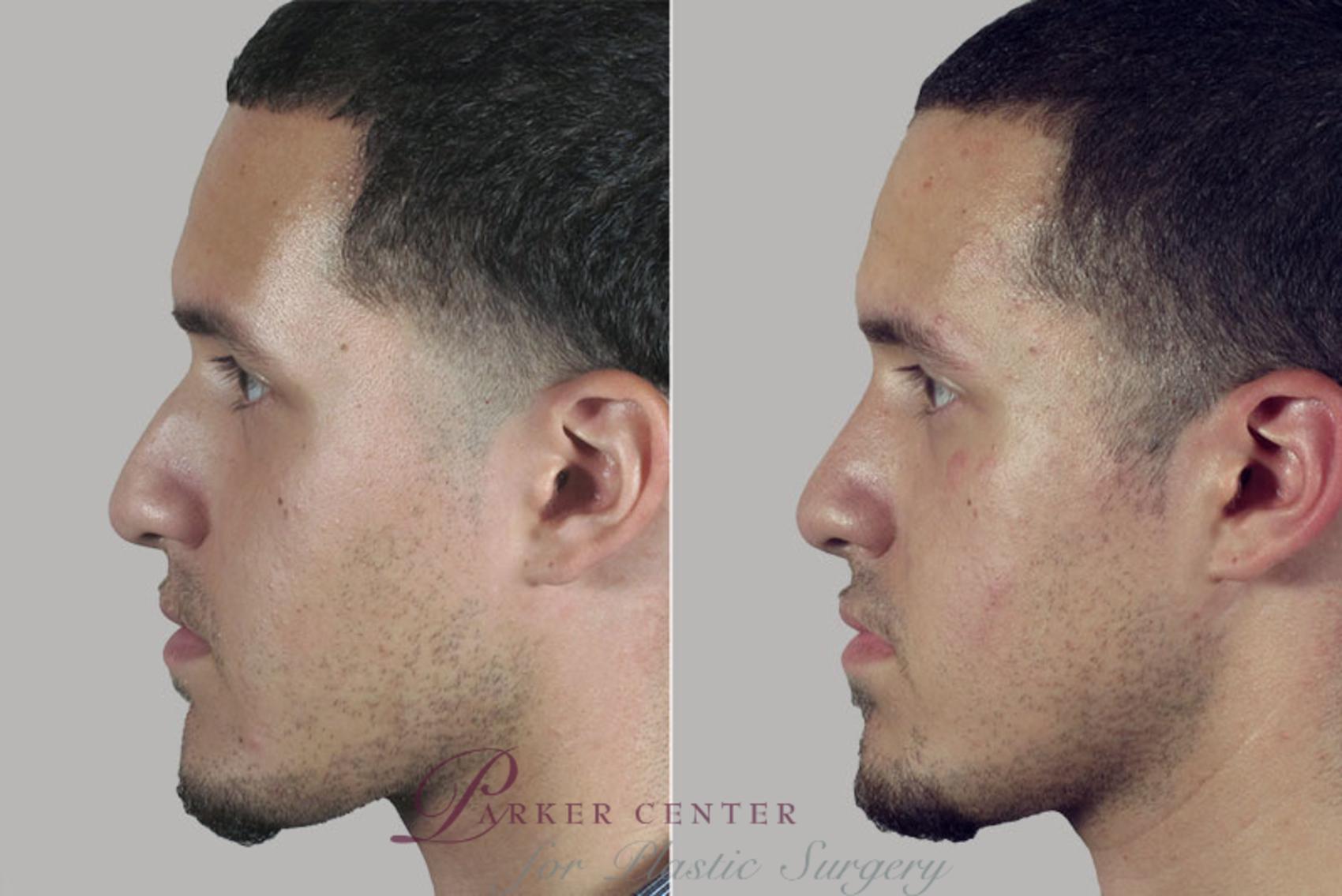 This 23 year old came to Dr. Parker requesting improvement in the appearance of his nose. Specifically, he was bothered by the dorsal hump as well as his nose drooping when he smiled. Dr. Parker performed a closed rhinoplasty. During this procedure, he removed the bony cartilaginous dorsal hump, performed infractures to appropriately narrow the nose and resected the depressor septi muscles at the base of the nose. This would prevent the nose from drooping with smiling. The patient recovered quickly afterwards. He is extremely happy with his results and has received many favorable comments from family, friends and co-workers.