Liposuction Before & After Case 1005 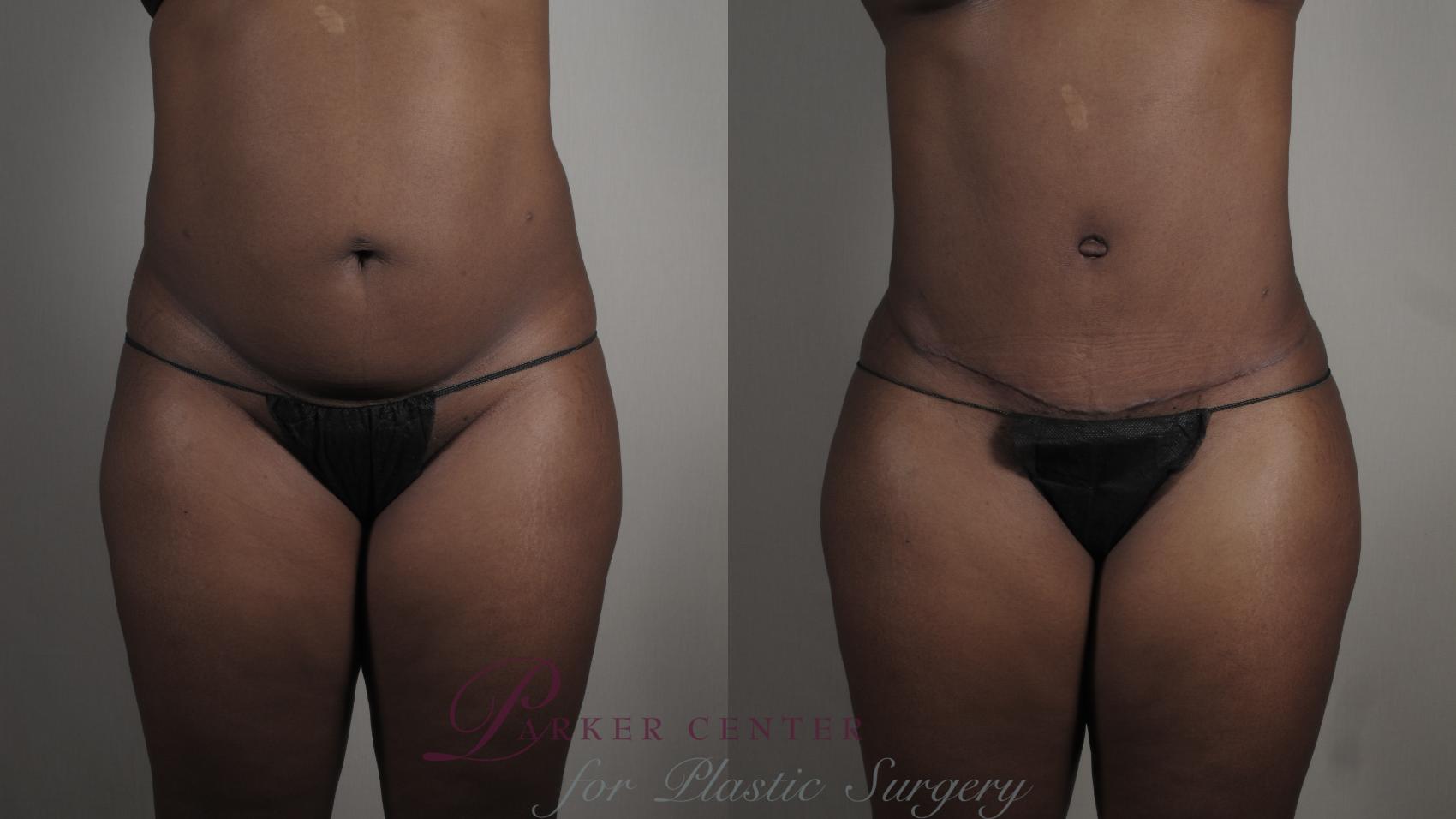 This 28 year old patient presented to Dr Parker seeking improvement in the appearance of her abdomen after having had 2 children. In addition, she had Smartlipo one year earlier elsewhere with a non result. The patient is 5'7" tall and weighs 185 pounds. After examining the patient, Dr Parker discussed treatment options. He explained what a Parker Tummy Tuck could achieve. He also pointed out to the patient in a full length mirror the fullness of her hips and lower back which could be improved with liposuction. Computer imaging was used to show her what these changes should look like. Subsequently, Dr Parker performed a Parker Tummy Tuck including liposuction of the abdomen, tightening of her diastasis recti with several layers of sutures, removing loose skin and creating a low lying well healed tummy tuck scar as well as am attractive belly button. At the same time, Dr Parker, performed SAFE liposuction of the hips and lower back removing 950 cc of fat from each side. The patient was surprised how relatively easy her recovery was, particularly having read online about the difficulties other patients had elsewhere with these procedures. She was very happy with the significantly improved contour of her abdomen, hips and lower back as well as how well her scars had healed.

One year later, the patient returned asking Dr Parker to improve her breasts. She explained they had always been smaller than desired but became even smaller after breast feeding. The patient wears a 36 A cup. During her Sizing Session, the patient selected 350 cc silicone implants. Dr Parker inserted these implants into partial submuscular, or Dual plane 1, locations using inframammary incisions. Once again, the patient recovered quickly and loves her natural appearing soft breasts.